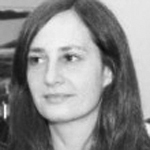 Myriam Denov, PhD,  is a James McGill Professor in the School of Social Work. She holds a PhD from the University of Cambridge where she was a Commonwealth Scholar.  Her research and teaching interests lie in the areas of children and youth in adversity, and international child protection, with an emphasis on war and political violence, children in armed conflict, and gender-based violence. She has worked nationally and internationally with former child soldiers, survivors of sexual violence, and people living with HIV/AIDS. Her current research is exploring the militarization and reintegration experiences of former child soldiers in Sierra Leone and Colombia, as well as war-affected youth living in Canada.  She has presented expert evidence in court on child soldiers and has served as an advisor to government and NGOs on children in armed conflict, and girls in fighting forces.  She is the author several books including Child Soldiers: Sierra Leone’s Revolutionary United Front (Cambridge University Press) and Children’s Rights and International Development: Lessons and Challenges from the Field (Palgrave Macmillan Press).  She currently leads a multi-institutional and multidisciplinary research team on children and global adversity.