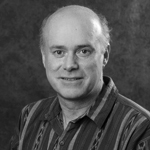 Les Roberts, PhD, MPH, did a post-doctorate fellowship in epidemiology at the Centers for Disease Control and Prevention where he worked for 4 years. In 1994, he worked as an epidemiologist for the World Health Organization in Rwanda during their civil war. Les was Director of Health Policy at the International Rescue Committee from Dec. 2000 until April of 2003. Les had led over 50 surveys in 17 countries, mostly measuring mortality in times of war. In recent years, he has taken part in studies to measure mortality in the Democratic Republic of Congo, the Central African Republic, Iraq, and Zimbabwe. His present research is focused on developing methods to document the incidence of rape.