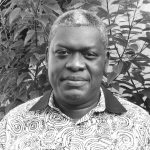 Jean-François Kobiané (Ph.D.) is an Associate Professor of Demography at the Institut Supérieur des Sciences de la Population (ISSP), University Joseph Ki-Zerbo, Ouagadougou (Burkina Faso). His research interests include the determinants of child’s labor and schooling, the analysis of school trajectories at the different levels of the educational system (primary, secondary and higher education), poverty measure and social consequences, and youth transition to adulthood (entry into marital and reproductive life, access to employment, etc.). In terms of methodological approach, he has the expertise in quantitative as well as qualitative data collection and analysis. Regarding quantitative approach, he has used cross-sectional as well as longitudinal data (retrospective event history data and prospective data from Demographic Surveillance System), to highlight diverse dimensions of child wellbeing. He has published and co-published six (6) books and around fifty (50) peer-reviewed and book chapters on these topics. He holds a master degree in demography from the Institut de Formation et de Recherche Démographiques (IFORD)/Cameroon and a Ph.D. in demography from the Institute of Demography at the Université catholique de Louvain (Belgium), and has been an Andrew W. Mellon post-doctoral fellow at the Department of demography at the University of Montreal (Canada). Jean-François has been the Director (2012-2018) and Deputy Director (2010-2012) of ISSP, President (2012-2015) and Vice-president (2008-2011) of the Union for the African Population Studies (UAPS). He is currently member of the 2018-2021 Council of the International Union for the Scientific Study of Population (IUSSP).