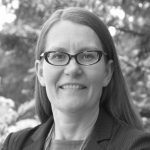 Christina Clark-Kazak, Phil is an Associate Professor in the Graduate School of Public and International Affairs at the University of Ottawa, and President of the International Association for the Study of Forced Migration. She has previously served as Editor-in-chief of Refuge: Canada’s Journal on Refugees, and President of the Canadian Association for Refugee and Forced Migration Studies. Prior to joining the University of Ottawa, she worked for York University (2009-2017), Saint Paul University (2007-2008) and the Canadian government (1999-2007). Her research focuses on age discrimination in migration and development policy, young people’s political participation, and interdisciplinary methodologies in forced migration contexts.