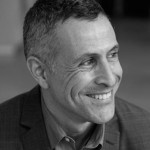 Peter Taback has worked to build understanding of global health and health disparities at some of the sector’s most effective organizations. He serves as Chief Engagement and External Affairs Officer at YAI where his experience in health communications and marketing helps raise awareness–and clear up misconceptions–about services for people living with disabilities. Peter became familiar with the CPC Learning Network while serving as Chief Communications Officer at the Columbia University Mailman School of Public where he led a team charged with building understanding of population health and raising the visibility of faculty and student-led research. Peter has held positions at The New School, the San Francisco AIDS Foundation, and amfAR, where he was a founding member of the Caucus for Evidence-Based Prevention. Peter holds a Ph.D. in English from the CUNY Graduate Center, has taught at the City College of New York and NYU, and has conducted media trainings for scientists in institutional and university settings.