In 2003, Liberia emerged from over 10 years of civil war, ushering in an era of hope and possibility. While Liberia has returned to peace and continues to rebuild its infrastracture and systems, the country faces a number of pervasive challenges, including an estimated 83% of the population living in extreme poverty. Child protection concerns pervade the country, including child labor, early marriage, sexual exploitation and abuse, violent discipline practices, and children living without family care and traditional schooling.

The Liberia Program Learning Group (PLG) was established in 2011, bringing together representatives of key national government ministries, non-government organizations, universities, and international agencies. PLG members have since formed wider country-based networks of actors working to promote research and learning in the field of child protection. The work of the CPC Network in Liberia is facilitated by ChildFund Liberia, which houses a local network coordinator and provides administrative and technical support for the network.

The PLG works to generate evidence about the prevalence of child protection concerns and to improve the situation of children and youth in Liberia. The PLG has prioritized a number of learning initiatives in their strategic plan: two of the major initiatives have been efforts to map and analyze community-based child protection mechanisms and curriculum development to strengthen human resource capacity.
The Liberia PLG conducted an ethnographic study of informal and formal child protection systems in rural Liberia concentrating on Gbarpolu County, which provided an opportunity for participants to explore existing child protection mechanisms within their communities. The research to examine existing community-based child protection mechanisms (CBCPMs) was also conducted in Monserrado and Nimba Districts. Through the Liberia PLG, an integrated review of sexual and gender-based violence programs in Liberia was conducted, and findings were presented in the report “Examining Promising Practice for Young Survivors: An Integrated Review of Sexual and Gender-Based Violence Programming in Liberia.”
In line with its goal to professionalize and institutionalize the child protection sector, the Liberia PLG is developing a national child protection curriculum at the University of Liberia. The CPC Learning Network supported the development of the concept note and the Liberia PLG has since founded a Curriculum Development Committee to pursue this project in 2014. If additional funding is secured, it is hoped that the curriculum will be piloted at the University of Liberia in September 2014 as a first step toward developing a Department of Social Work at the university. 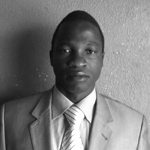 See resources about Liberia
Back to top