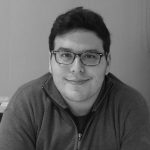 Alex Hammerslough is in his second year of pursuing a Master of Public Health at the Mailman School of Public Health and a Master of Public Administration at the School for International and Public Affairs (SIPA) at Columbia University. He specializes in Forced Migration and Health within Mailman and is concentrating on Human Rights and Humanitarian Policy at SIPA. He holds a Bachelor of Arts from the College of Wooster and a Master of Arts from the University of Essex, both in Sociology.

From 2014 to 2015, Alex worked as a Clinical Research Intern at the Istanbul Centre for Behavioural Research and Therapy (DABATEM), where he assisted with mental health treatment of adolescent and adult refugees, represented his organization at NGO coordination meetings and conferences, and contributed to the production of Metin Başoğlu’s book, Torture and Its Definition in International Law: an Interdisciplinary Approach.

After Turkey, Alex was a Peace Corps Volunteer in Senegal from 2017 to 2019. During his service, Alex focused on reducing rates of malaria in vulnerable populations and increasing healthcare capacity in the region. Alex was also focused on gender development work in Senegal, overseeing a scholarship program for middle schools girls, running several academic clubs at a local middle school, and supporting efforts by local NGOs to reduce early marriage.