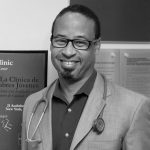 David L. Bell, MD, MPH, is an Associate Professor in the Department of Pediatrics (College of Physicians & Surgeons) and in the Heilbrunn Department of Population and Family Health (Mailman School of Public Health) at Columbia University Medical Center. Since 1999, Dr. Bell has been Medical Director of the Young Men’s Clinic. In that capacity, he delivers primary care to adolescent and young adult males and is a strong advocate for the right of young men to have access to high quality and respectful services that address the issues relevant to adolescent and young men, which includes attention to their sexual and reproductive health. Dr. Bell is active locally, nationally, and internationally. He advises and teaches medical students, residents, and public health students. He lectures and leads workshops nationally on young men’s health issues. He serves on Mayor de Blasio’s Sexual Health Education Task Force. He serves as a consultant for the Federal Office of Population Affairs. Internationally he has worked with colleagues in the Dominican Republic, St. Lucia, and Uganda. He currently serves on the advisory board for The Men’s Active Positive Presence in the lives of Children (M.A.P.P.) Project to be implemented in five countries in Africa and the board of directors for Promundo.