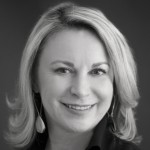 In January 2015, Dr. Rubinstein was appointed President & CEO of World Childhood Foundation USA. Founded in 1999 by Her Majesty Queen Silvia of Sweden, Childhood works on prevention of child abuse and exploitation. With over 1000 projects in 25 countries that Childhood has supported, the Foundation aims to ensure that all children have the opportunity of a happy childhood.

Dr. Rubinstein is a Senior Research Scientist at the Earth Institute. She serves on several foundation and academic boards, and is a former member of the World Economic Forum Global Agenda Council. In 2015, she was appointed to the Governing Board of International Science, Technology and Innovation Centre for South-South Cooperation (ISTIC) under the auspices of UNESCO. In 2016, Dr. Rubinstein joined the executive committee of the UN World Tourism Organization’s Network on Child Protection in Travel and Tourism, and most recently was appointed to the board of “End Violence Together – The Global Partnership,” an alliance led primarily by UNICEF and WHO to end violence against children and achieve the Sustainable Development Goal 16.2.

Before joining the Earth Institute in 2005, Dr. Rubinstein was, from 2002 – 2005, the Senior Associate Dean for Institutional and Global Initiatives at the Columbia University Medical Center. In Sweden, Dr. Rubinstein was the Director for Research and Postgraduate Education at the Karolinska Institute (KI) (1999 – 2002), and was a director at Sweden’s Medical Research Council (1997 – 1999). She is trained as a D.D.S., holds a Ph.D. and is an Associate Professor in cell and molecular biology from KI.